Vancouver Lake has been variously described over the years as a “gem,” or a “treasure,” or a “jewel” of Vancouver. As a home for swimming and rowing and other recreational activities, the 2,300-acre lake is one of Southwest Washington’s iconic landscapes.And yet, it is time to consider letting it go.

For decades, Vancouver Lake has been beset by persistent ecological problems. Sediment collects on the bottom, toxic algae blooms are frequent, and closures caused by health hazards are seemingly a rite of summer. All of this despite the best efforts of the Vancouver Lake Watershed Partnership.

In December, the partnership published a summary of all the research it has helped facilitate, detailing what has been accomplished with its time and money. “It’s a good idea to just sort of stop and assess where you are and look at what you know,” said Ron Wierenga, a program manager in Clark County’s Environmental Services department. “It’s a good way to wrap all that up and give us a tool to communicate to people.”

That report included possibilities for new restoration work — items such as constructing wetlands and adding plants to absorb algae-fueling nutrients, or expanding trails and boat access around the lake. But in pondering what moves can be taken to enhance or protect Vancouver Lake, officials can embrace some lessons from the lake’s history.

In the 1980s, a $17 million restoration project at Vancouver Lake dredged sediment from the bottom and built a channel to flush out contaminants with more water from the Columbia River. But over the past 30 years, sediment has built back up, leaving the lake’s average depth at only a few feet.

Further lessons can be found at Silver Lake in Cowlitz County, a reservoir of similar size to Vancouver Lake that has faced similar problems. In 1992, state ecology officials introduced 83,000 grass carp to control heavy vegetation in shallow water, and the fish proceeded to wipe out virtually all plant life in the water. “Whoever came up with the stock rate wildly overestimated what they needed to get the job done,” Kathy Hamel, an aquatic plant specialist with the state Department of Ecology, told The Columbian in 2012. “Obviously, they got it wrong.”

Hamel also said of Vancouver Lake at the time: “They do fill in. It is natural. But if you’re living around a lake, you really want to turn that clock back.”

In other words, Vancouver Lake is acting like a lake. And it’s time for officials to use caution in pondering the next moves for the area.

“It’s been an interesting journey over the last 10 years,” said Brian Carlson, public works director for the city of Vancouver. “I think going into it at the very beginning, many people thought that all was needed was one or two silver bullet fixes.”

That clearly isn’t the case. After a decade of study and $1.3 million worth of effort, Vancouver Lake is continuing its slow decline toward its natural state. Much has been learned about the complex ecosystem, but the overriding lesson might be this: You can’t change Mother Nature. 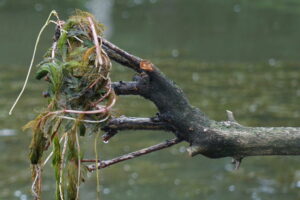 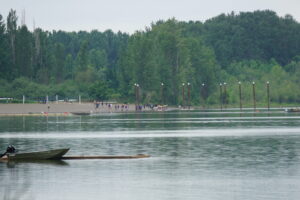 Testing for toxic algae was completed June 28 at the[...] 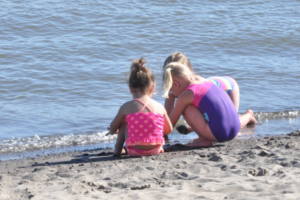 We are seeing many wonderful changes on the CCPH website[...]